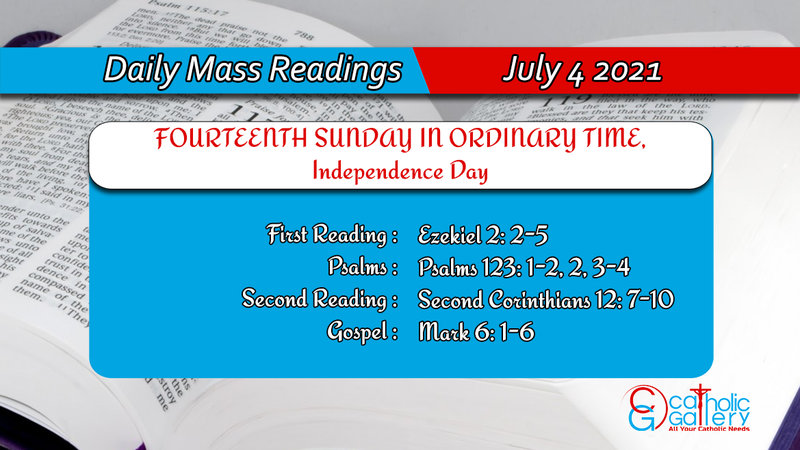 2 And the spirit entered into me after that he spoke to me, and he set me upon my feet: and I heard him speaking to me,

3 And saying: Son of man, I send thee to the children of Israel, to a rebellious people, that hath revolted from me, they, and their fathers, have transgressed my covenant even unto this day.

4 And they to whom I send thee are children of a hard face, and of an obstinate heart: and thou shalt say to them: Thus saith the Lord God:

5 If so be they at least will hear, and if so be they will forbear, for they are a provoking house: and they shall know that there hath been a prophet in the midst of them.

1 To thee have I lifted up my eyes, who dwellest in heaven.

4 For our soul is greatly filled: we are a reproach to the rich, and contempt to the proud.

7 And lest the greatness of the revelations should exalt me, there was given me a sting of my flesh, an angel of Satan, to buffet me.

8 For which thing thrice I besought the Lord, that it might depart from me.

9 And he said to me: My grace is sufficient for thee; for power is made perfect in infirmity. Gladly therefore will I glory in my infirmities, that the power of Christ may dwell in me.

10 For which cause I please myself in my infirmities, in reproaches, in necessities, in persecutions, in distresses, for Christ. For when I am weak, then am I powerful.

1 And going out from thence, he went into his own country; and his disciples followed him.

2 And when the sabbath was come, he began to teach in the synagogue: and many hearing him were in admiration at his doctrine, saying: How came this man by all these things? and what wisdom is this that is given to him, and such mighty works as are wrought by his hands?

3 Is not this the carpenter, the son of Mary, the brother of James, and Joseph, and Jude, and Simon? are not also his sisters here with us? And they were scandalized in regard of him.

4 And Jesus said to them: A prophet is not without honor, but in his own country, and in his own house, and among his own kindred.

5 And he could not do any miracles there, only that he cured a few that were sick, laying his hands upon them.

6 And he wondered because of their unbelief, and he went through the villages round about teaching.

The readings on this page are taken from the Douay-Rheims Catholic Bible. You can also read the Mass Readings taken from the New Jerusalem Bible, which is used at Mass in most of the English-speaking world. (References, Copyrights).
◄ July – 3July – 5 ►
ByPradeep Augustine
Print
Facebook
WhatsApp
Twitter
Pinterest
Linkedin
Email
Telegram
LINE
Viber