The Spiritual Journey of the Holy Father Pope Francis

Pope Francis is one of the most well-known public figures globally, and his Catholic leadership is admired by many, regardless of religious affiliation. The life path that Jorge Mario Bergoglio (Pope Francis’ birth name) has followed to become pope is quite inspiring and even a bit miraculous! He is the first Pope elected from the Southern Hemisphere and the Americas, and the first from the Jesuit order.

Pope Francis: A Life to Inspire

The boy who would one day become Pope Francis was born on December 17, 1936, in Argentina, to humble beginnings. He worked as a janitor before studying chemistry and becoming a food science technician. As a young man, he contracted a severe and debilitating respiratory illness, and upon his recovery, he joined the Jesuits (also known as the Society of Jesus).

After years of religious education, community service, and training, in 1969, he became a Catholic priest, a role he humbly served in for nearly 30 years. It wasn’t until 1998 that he was named the Archbishop of Buenos Aires and then Cardinal in 2001. He served as Cardinal for over a decade until Pope Benedict XVI resigned in 2013. It was then, at the age of 76, that the papal conclave elected him Pope.

How the Pope Got His Name

Bergoglio chose the name Francis because of his admiration for Saint Francis of Assisi. It marks the first time a Pope has taken that name. Much like his namesake, Pope Francis’ messages often focus on humility, prayer, God’s mercy, care for the marginalized and disadvantaged, and the importance of interfaith dialogue.

Unlike the Popes who came before him, Francis is less formal in how he lives each day. For example, he prefers to reside and receive visitors at the Vatican guesthouse instead of in the Palace apartment.

The Value of a Simple, Humble Life

To those from Argentina, these leadership and lifestyle choices are not surprising. Throughout the forty-five years he served as a priest, archbishop, and cardinal, he was known for his humility, commitment to the poor and social justice, and a conservative approach to the Catholic faith.

He was frequently seen taking public transportation instead of having a driver and enjoyed cooking his meals instead of having a housekeeper. He was also known for writing many letters into which he often enclosed a small card devoted to St. Thérèse of Lisieux, whom he considered a great example of how Catholics can devote themselves to the Lord.

Conservative but Not Traditional

As a Catholic conservative, Francis holds traditional views regarding contraception, celibacy for clerics, and women’s role in the church. He is also known for speaking out against rampant consumerism and advocates for environmental interventions to reverse climate change. While Pope Francis may espouse traditional Catholic values, he is not averse to embracing technology to reach a wider audience and connect with all people!

In 2016, Pope Francis’ Instagram account broke social media records within twelve hours, as millions of followers connected to his words and photographs. He frequently mentions the pros and cons of technology and urges people to use it as a means for good and to spread God’s love so that all might be liberated! 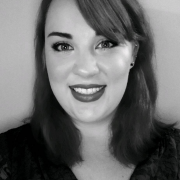 Katie Tejadahttps://www.catholicgallery.org/
Katie Tejada is a writer, editor, and former HR professional who works with companies like House of Joppa. She enjoys writing about events, travel, decorating trends, and innovations for the home, but also covers developments in HR, business communication, recruiting, and CRM solutions.

Prayer for the members of the Rosary Confraternity