“How GOD anointed JESUS of Nazareth with the Holy Spirit and with power; how he went about doing good and healing all who were oppressed by the devil, for God was with him.” (v.38)

“(JESUS appeared) not to all people but to us who were chosen by GOD as witnesses, and who ate and drank with HIM after HE rose from the dead.” (v.41)

St. Peter is making this proclamation of JESUS Christ’s Resurrection at the home of Cornelius, a Centurion of the Italian Cohort. Taking a brief look at the backdrop of today’s passage, we learn that Cornelius is visited by an Angel of GOD when he was praying! (Acts 10:1-33) NOTE: the exact time and day are mentioned here – at 3 O’clock and four days ago (v.30) The Angel tells him that his prayer is answered and that he must call for Simon Peter. The angel gives him the exact place with a detailed description, (to put it in today’s jargon: pins him the location); to find Peter! Meanwhile, Peter is alerted in a vision about the arrival of the men sent for him by Cornelius! These are signs that GOD is arranging the meeting. As Peter begins his witnessing, he translates his own vision and proclaims: “I truly understand that God shows no partiality.” (v.34) -So that anyone from any nation, who believes in the Good News is saved, once for all! Therefore, we are Called to BELIEVE!

Peter tells them how JESUS ate and drank with them after HIS Resurrection! The devil that Peter mentions in his testimony as an oppressor, today tries to lay siege of minds that could be cluttered or distracted! Many believing people are often attacked in this way! Let not the doubting ones lead us astray, as we live in a corrupted time! Our steadfast love for the LORD must Hold strong!

GOD works inhumanly unthinkable ways, to let HIS message be heard by those whom HE has called. Cornelius, a non-christian at that time was an instrument in GOD’S hands – because he was devout and generous.

Prayer: May we the believers, remain steadfast in Christ, His Life, Death, and Resurrection! Amen!

“The stone that the builders rejected has become the chief cornerstone. This is the LORD’S doing it is marvellous in our eyes.” (v.22-23)

May we sing this canticle in faith and as a profession of the LORD’S Mighty deeds! Christ rose from the dead and lives today! Alleluia!!

Seek the Things that are above

The self-explanatory verses today reveal our eligibility in the kingdom of GOD, -Because of Christ’s Passion and Resurrection! We are reminded to stay focused on the things that are above. Yet in a world bombarded with distractions at our fingertips, we must persevere towards our aim! I am personally often reminded of the young tech teen, Carlo Acutis, a boy of 15 who worked through the internet to evangelize!

HE has been Raised.

When the sabbath was over, Mary Magdalene, Mary the mother of James, and Salome bought spices so that they might go and anoint him. (v.1)

“But go, tell his disciples and Peter that he is going ahead of you to Galilee; there you will see him just as he told you.” (v.7)

The women displayed their Faith by their Courage to follow their LORD! They bought the spices in keeping with tradition and doing what was required of them. They didn’t know how they would open the tomb to get in, but they just took the step to do the needful. – A simple portrayal of ordinary actions taken by the women in faith and courage. Sometimes, that is all that is required of us! May we learn and try to emulate them. – For acting upon our faith needs courage. They were greeted by an already unrolled stone!- When GOD works HIS miracle, we don’t have to worry about stones blocking the entrance! The Little Women’s Faith and Courage is Rewarded with being the First Witnesses to Our LORD’S Resurrection! Mary Magdalene is the first to see the Risen Saviour! Before Peter and the other apostles! (John 20:11-18)

As they fled from the tomb carrying this Good News, the women were filled with amazement and terror. (v.8) I reckon the women would have been a bundle of bursting emotions, to say the least. For this event that the LORD had predicted during his lifetime with them, had indeed come true!! Just as we placed ourselves at the foot of the Cross on Good Friday, we could also imagine running alongside the Little Women! Their testimony would have been sealed and locked in their hearts, by the time they reached the apostles. -A conviction they bore because they had heard from the Angel about His Resurrection and the manner in which it had occurred. (Matthew 28:1-7)

Yet we are told, the apostles themselves did not believe them! (Luke 24:11) What are we to do when our own brothers, friends, and family doubt the convictions of our hearts? -Look to the Little Women of Calvary! They stood vindicated the day that the LORD himself appeared to his disciples and chastised them for their doubting! (Luke 24:36-40)

Prayer:  May we stand firm in the convictions of our hearts and learn to take the next small step in Faith. For, even when we do not know ‘How’, our ‘Why’ Must be secure. The LORD will provide us the answers to the ‘How’ we are to go about it! Amen! 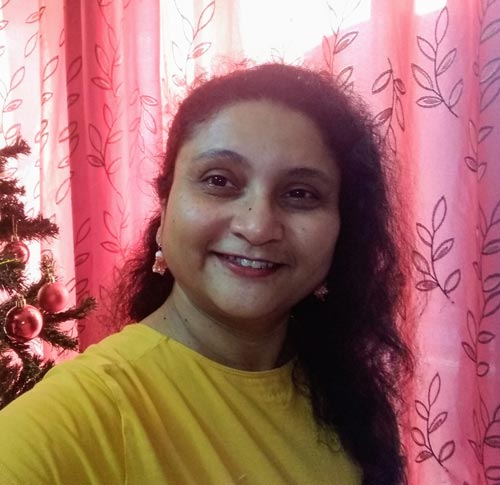