10 Reasons Why Kids Should Read the Bible 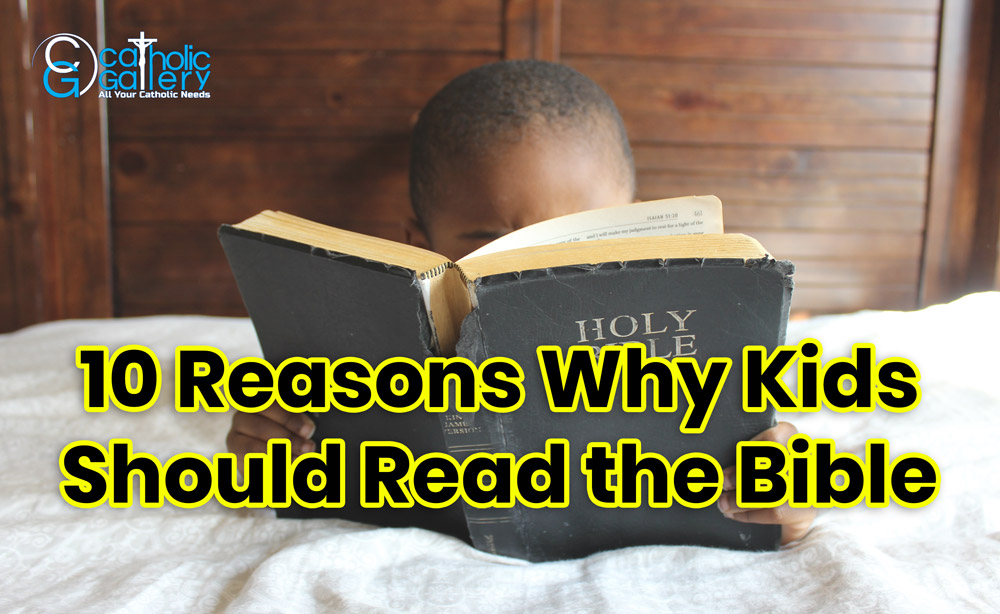 We often think that religion is only for adults. However, while Jesus was still on earth, he mentioned that heaven’s kingdom is also for the little ones (Matthew 19:14, ESV).

The Bible commands parents to “Train up a child in the way he should go; even when he is old he will not depart from it” (Proverbs 22:6).

Now, here are ten reasons why kids should read the Bible:

Bible reading is a core activity, not an add-on.

For Christians, reading the Bible is a core activity and not an add-on. It offers a wide range of facts and Bible trivia. Interestingly, research showed that when parents read the Bible with their kids, it produces the following positive child-outcomes: increased intelligence, social skills, empathy, and coping skills.

The Jews are one of the first depositories of faith. Meanwhile, Jews are only 0.02 percent of the world’s population but 35 percent of all Nobel Prize winners. They are also reputed with good memories because, for them, remembering is one of God’s commands.

Without a doubt, the Bible has the power to make one wise! After all, “The fear of the Lord is the beginning of wisdom, and the knowledge of the Holy One is insight” (Proverbs 9:10). In line with this, “For the Lord gives wisdom; from his mouth come knowledge and understanding;” (Proverbs 2:6).

It takes a lifetime to build character.

Character does not develop overnight. Instead, it takes time to build it. When we expose kids to the truth early, we create a foundation to prepare them for life and eternity.

Moreover, Bible lessons have a moral and religious influence on the character. Even Timothy, Paul’s spiritual son, has to learn these. As such, Paul taught him the importance of shunning evil. He told him that there are blessings for those who are faithful and true.

A person’s character is the sum of his or her disposition, thoughts, intentions, desires, and actions. Children exposed to the truth early on generally uphold a higher sense of morality than those who don’t have biblical foundations.

3. Its stories bring assurance to the timid child.

Encourage the child with Bible stories.

There are a lot of Bible stories that could give assurance to a timid child. Psalm 34:7 says, “The angel of the Lord encamps around those who fear him, and delivers them.”

Tell him how the prophet Elisha was encircled by a band of heavenly angels in the mountain city between him and a host of armed men. Let him also read about how the Lord delivered Peter from death, opening the prison with massive doors and a great iron gateway with bolts and bars.

Encourage the youth with these stories. Take a leap of faith, asking God’s Spirit to work through your child the same way He did for these men of old!

4. It guards them against worldly allurements.

True enough, there is little that we can do about it. The easy access to the worldwide web allows Satan to open avenues for temptations. Thus, children who are left on countless hours in front of the screen may be led astray.

Though Bible reading does not entirely shut children from worldly allurements, it may safeguard the youth with correct principles to overcome it. 1 Peter 5:8 says, “Be sober-minded; be watchful. Your adversary, the devil, prowls around like a roaring lion, seeking someone to devour.”

Additionally, verse 9 says, “Resist him, firm in your faith,” knowing that your brotherhood is experiencing the same kinds of suffering throughout the world.

5. It provides them authentic stories of faith that may hone them to be life-long readers.

Reading is a habit that must start at an early age.

According to studies, children who read 3,000 words per day will be in the top 2% of standardized tests.

The American Academy of Pediatrics mentions that children introduced to reading early on “tend to read earlier and excel in school compared to children who are not exposed to language and books at a young age.”

Also, reading is a habit that, once formed in an early stage, may last a lifetime.

6. It lengthens their life.

The Bible improves the quality of and lengthens life.

Indeed, long life is promised to those who heed God. Biblical passages that suggest these include the following:

According to research, global expectancy nowadays averages 71.4 years. And people who attend religious services and try to do what’s right live longer. It is due to the strong social network that develops among people who worship together. Also, it is due to the better choices they make that lead to stronger relationships and better careers.

Blue Zones in the world

Loma Linda, California, is the only blue zone in the US where people live ten years longer than their fellow Americans.

Blue zone refers to geographic areas that are home to the world’s most ancient people. They have a strong sense of faith, believing in the principles of rest, reflection, and a healthy lifestyle. Besides, they avoid meat. Instead, they eat plenty of plants, whole grains, and nuts.

7. It introduces to them the value of spiritual things over worldly ones.

Bible reading asserts upon the child’s mind the value of spiritual things over worldly ones.

Children trained to read the Bible early learn to love the truth. Hence, they gain knowledge more than those who are not. In line with his, Hannah’s lessons to young Samuel were so powerful that the boy chose to follow the Lord his entire life.

Furthermore, we can glean lessons from Jacob, who understood the spiritual significance of birthright as taught by her mother, Rebekah. He did everything he could to secure it for himself.

The Bible’s command in Deuteronomy 11:19 for parents to teach the law to the children is still valid today.

8. It gives them joy beyond understanding.

No one wants their child to be lost.

True enough, depression is one of the challenges young people of today face. According to studies, 1.9 million children in 2021 are suffering from it. Satan is preying on young people by escalating their suicide rates by 56%.

No one wants their child lost. Chico Rivera, Jr. (2011) states, “in the hearts of all mankind, there are inexpressible longings for something they do not now possess.”

With this, young people must understand that there is indeed a God-shaped hole in the heart that only the Lord could fill. Prayer, ministry, and daily devotion can be an antidote for this.

Specifically, reading the Bible enlightens one of the principles that will allow a person to discover his sense of purpose. Eventually, realizing that purpose enables him to experience joy beyond understanding.

9. It builds their faith at an early age.

Research supports the early introduction of faith to children.

Indeed, reading the Bible to children allows their faith to solidify at an early age. Researches confirm that they are more receptive to accept Christ compared to adults.

Statistics showed that ⅔ of Christians came to faith before 18, where 43% did before age 12. Also, ¼ of current believers came to Christ beyond age 21.

Read the Bible while young as it is God’s ideal.

The Bible has little to say about the childhood of Jesus. Yet in Luke 2:52, it says, “And Jesus increased in wisdom…stature and…favor with God and man.”

While he was young, Jesus’ constant exposure to the Scriptures is God’s ideal for every Christian home. In our children’s case, biblical exposure allows them to grow in faith throughout their lifetime.

10. It leads them to a saving knowledge of Jesus.

Example of Daniel and his friends

Indeed, Daniel’s story is an inspiration for young people. The Bible mentioned that he was young, probably around 16 to 18, when the Babylonians took him and his friends to Babylon.

Yet, Daniel and his friends were “without blemish, of good appearance and skillful in all wisdom.” Besides, they were “endowed with knowledge, understanding, learning, and competent to stand in the king’s palace” (Daniel 1:4).

Interestingly, they chose not to defile their bodies by eating the food from the king’s table. Significantly, their early training and biblical foundation raised them well with sound dignity and integrity.

Indeed, we live in a time and age where knowledge abounds. Unfortunately, the interest in Bible reading declines. Kids nowadays consume most of their time playing games that do not benefit their spiritual lives.

So, instead of allowing your kids to spend countless hours in vain, why not use your child’s interest in apps by adding one that will get them excited about the Bible? Try Heroes 2 Bible Trivia Game now! 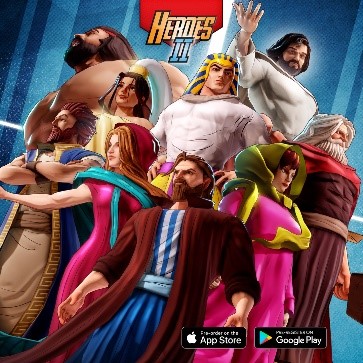 Heroes Bible Triviahttps://heroesbibletrivia.org/
Heroes 2 is a Bible trivia game released by the Hope Channel. It is a sequel to the game, Heroes, which was released way back in 2013. The latest game version is on its new 3D animation, comes with unique features, and has more challenging Bible questions in four languages: English, Portuguese, Spanish, and French. The game is available on both iOS and Android.

The History of the Hail Mary Prayer

Things that are not the part of Catholic teaching